Bitcoins New Support Level After Dropping Over 14% Last Week | When Will BTC Recover? 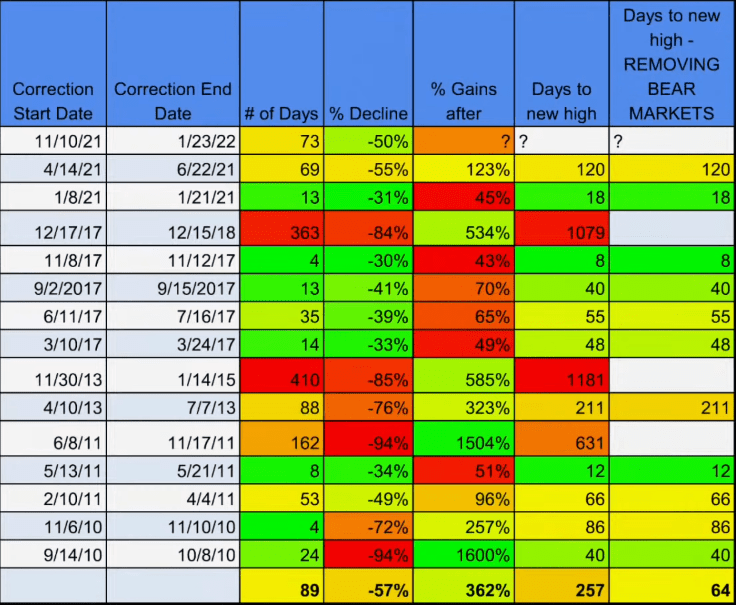 When those three bear market recovery periods are excluded, the average time it takes for BTC to surge to a new all-time high is only 64 days.

“Will we get back to where we were 70 days ago – $68,800? Yes, we will. I just don’t know when, but it could be soon because historically, the rebound happens within 64 days. These are just numbers. History. I know things are a lot longer now. Cycles are longer, but also markets fall and crash much faster than ever before too.”