Netflix released the TV series Squid Game in September 2020. This is a Korean survival drama that revolves around a game in which people in debt compete to win cash prizes while playing games for children. One of Netflix’s most profitable series, the series quickly gained popularity and has been watched by more than 142 million households. Netflix’s stock has soared because of this huge popularity. As a result, Squid Game Token has also been created. In order to capitalize on the hype generated by the series, SQUID is hoping to raise prices. Additionally, it hopes to create an online game similar to the one in the show.

Squid Game Token (SQUID): What is it?

Squid Game token is a Binance Smart Chain BEP-20 token that is primarily used as a form of payment. Users can pay an entry fee to the developers in order to compete in games, similar to the TV show. The entry fees range from 456 SQUID to 15,000 SQUID, depending on the stage of the game. While the game is not yet released, a beta version is set to be released soon.

An unlimited number of players can join each game, but they must pay the entry fee. Winners of each round are given NFTs to verify that they won. The developers will take 10% of the tokens and the remaining 90% will go towards the prize pool. The winner of the game will receive the entirety of the prize pool.

The developers claim to be very experienced, attending top universities such as University of Michigan and Rice University. Other developers also have experience working with Amazon and Netflix.

SQUID began trading on October 20th, 2021 following the release of the hit Netflix Series in September. The white paper indicated that it sold out “in seconds”. It began trading for just a few cents, but recently rose over 50,000% to highs of just under $11. The team claims Elon Musk has pumped Squid Game token, yet there is no evidence of this.

The token rewards holders with 7% interest for holding the token. You can also earn ETH from playing the game. However, the details of these game rewards have yet to be released. The white paper is very short and has multiple typos. This may be indicative of a slightly rushed release.

Many users reported an inability to sell the token after they purchased it. Those trying to cash in their 50,000% gains were unable. This is not a great sign for the project, and many holders are worried that more inconveniences are yet to come.

Now that you understand the basics of SQUID, you may be willing to take a risk and invest in the token. Because SQUID is a BSC token, you will need a Binance account to purchase. To open a Binance account, navigate to their website and sign up using an email and password. You will then have to enter in some personal information and you can fund your account.

Once your account is funded, you can purchase Binance Token (BNB) using fiat currency. However, you cannot swap your BNB for Squid without a wallet.

A cryptocurrency wallet is a place to store crypto securely. It uses private keys to protect the stores drypto. 2 of the best wallets are MetaMask and Trust Wallet. To open a wallet on MetaMask or Trust Wallet, you only need an email and password. You will then be assigned a wallet address. Once you add the Binance Smart Chain to your wallet, you can transfer your BNB to the wallet. Note that BEP-20 wallet addresses begin with “0x”.

Once your BNB is in a wallet, you are ready to purchase SQUID. To do this, you will have to swap your BNB for SQUID. As of right now, the only exchange that offers BNB/SQUID swapping is Pancakeswap.

On Pancake swap, you can connect your wallet in the upper right-hand corner. You can then use your MetaMask or Trust Wallet to fund your swapping.

Select the BNB to SQUID pair. You can then enter in the amount of BNB you would like to swap for SQUID. Execute the trade, and the SQUID will be in your wallet. You can view your SQUID position from your wallet. Remember, investors have reported not being able to sell their tokens! It’s likely a better idea to stick to regulated cryptocurrency exchanges that vet tokens on their platforms, like Coinbase and Webull.

Watch for the release of the Squid Game Token game. If the game is positively received, it could boost the price even more, that is, if the game doesn’t turn out to be a scam. 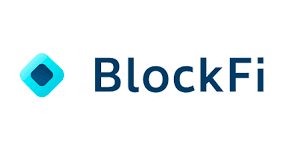 BlockFi is a great resource to expand your crypto trading. They offer several features, including crypto loans, interest and cryptocurrency trading.

Loans can be taken out for as little as 4.5% APR. This can be a good resource if you see a trend that you want to quickly take advantage of.

For those with a lower risk tolerance, earning interest on crypto is a great option. BlockFi offers rates as high as 9.5% APY on crypto. This is a great way to get familiar with crypto without as much risk.

As of right now, Squid Game Token is a mostly speculative investment with lots of risk. Though it has risen enormous amounts, users reported an inability to sell the token. They have also not released their game, which is the main purpose of the token’s existence. If this isn’t enough, the team’s developers seem to have been fake. Being that there are so many red flags with the token, you’re much better off buying traditional cryptocurrencies with real value, like Ethereum and Bitcoin.  There is a good chance that Squid Game Token is a scam. The website boasts developers with no internet footprint, and users have reported difficulty selling tokens. To ensure you are buying legitimate tokens, we recommend using an exchange like Coinbase or eToro.

However, after doing more research, many of these “developers” don’t have an internet presence whatsoever, making us believe that the token may have poor intent, or even be a complete scam.

Changelly, used by more than 2 million people, is a popular cryptocurrency exchange that offers 24/7 live chat support and over 150+ cryptocurrencies. Offering a transparent fee structure and a user-friendly platform, this exchange can be a great alternative to Coinbase, Binance, etc. for a more advanced crypto audience.

Coinmarketology
May 5, 2022 4 min read
Have A Story? Get Featured On Coinmarketology Plus 100+ More Exclusive Crypto News Sites Tell Me More!