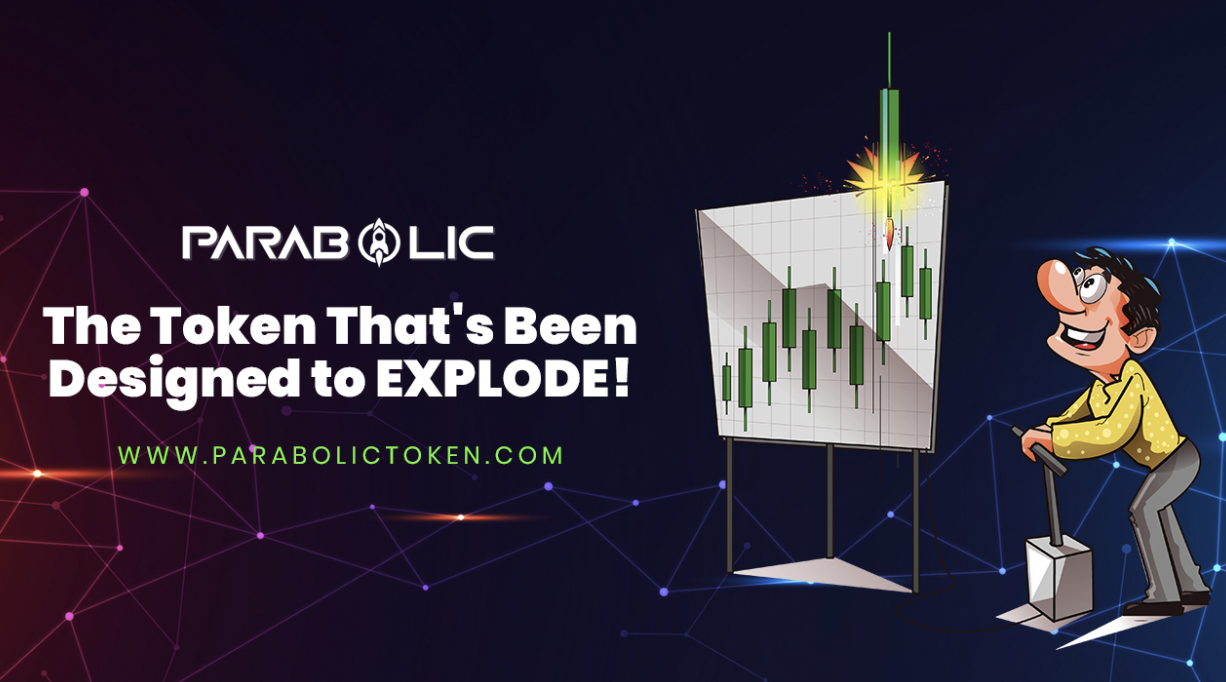 Parabolic: The Relaunch We Had All Been Waiting For

To keep the fun unabated, we will be re-launching it as a multi-chain platform on ETH, BSC, Matic, AVAX, and Fantom

The launch is scheduled for April 21, 2022, so there isn’t much time left before the big day

Also, we have another surprise for you! We will also be launching the much-awaited game on April 23, 2022, which has been under development for the last six months. And, what better genre to start with than gambling. Ours will be a thrilling, yet entertaining, gambling game where users stand to chance to earn big. Also, the scheme is designed such that the value of tokens maintains a steady rise. Read ahead to find out about both.

How does the game work?

We already have your interest, and once you understand how the game works, it’s bound to grow exponentially. Enough with the math, let’s get straight to the point!

When the game starts, every player will deposit a certain number of tokens they intend to gamble. As it proceeds, the chart will become exceedingly parabolic and the bet multiplier rises. As is the case with a parabola, after reaching the high it comes crashing down as quickly as it went up, and the same thing happens in the game. This is where we spiced things up, the charts wouldn’t crash after the first rise, but there would be many intermittent rises and falls before the final crash. The trick here is to pull out before that.

To ensure that users are paid their wins on the schedule, 50% of the benefit is held for game liquidity, so you wouldn’t have to wait to collect the reward. The remaining 50% of the profit will be burnt, which in turn raises the value of the token in circulation, and that translates to direct financial benefits for the token holders.

After completing several phases of testing, the game will surely keep you glued, and the intuitive and alert gamblers stand a chance to win big. So, do give it a try.

We are also hosting a competition on Gleam, where 1 lucky winner stands a chance to win $1000 worth of Parabolic tokens. 100 hundred other lucky entries can win $10 worth of tokens after the game launch.

You can use these winnings from the giveaway to bet in the game and watch them increase like never before. To get an entry for the giveaway, you will have to complete some simple tasks. Get as many entries as possible to increase your chances of winning the grand prize.

What’s the hype around the Parabolic token?

If you are a regular investor, you may have heard about Parabolic owing to the plethora of benefits offered to token holders, along with the simple yet effective mechanics around it. The taxes are kept pretty low and everything is pumped right into the project to ensure that it’s the token holder that receives maximum benefit.

Also, unlike other platforms that transfer the burnt tokens to a dead wallet, we eliminate it from the supply. This in turn raises the value of tokens held by individuals, which translates into a direct profit.

We also have a dedicated channel on Telegram where users could get their queries clarified professionally and instantly.

The 12% fee that we levy on every transaction is utilized in an efficient manner. It ensures the minimal impact of sales on the chart and increases the demand for the token, and the price for it. Here’s the breakdown for the fee:

So, if you have been waiting for the right time to make an investment, this is your chance. Also, every token holder will receive a share of the profit from the game, so it’s a win-win situation.

Bitcoin Volume Hits $489 Billion Per Quarter in 2021 Overtaking Paypal | Is Mastercard Next?

Coinmarketology
Jan 14, 2021 8 min read
Have A Story? Get Featured On Coinmarketology Plus 100+ More Exclusive Crypto News Sites Tell Me More !